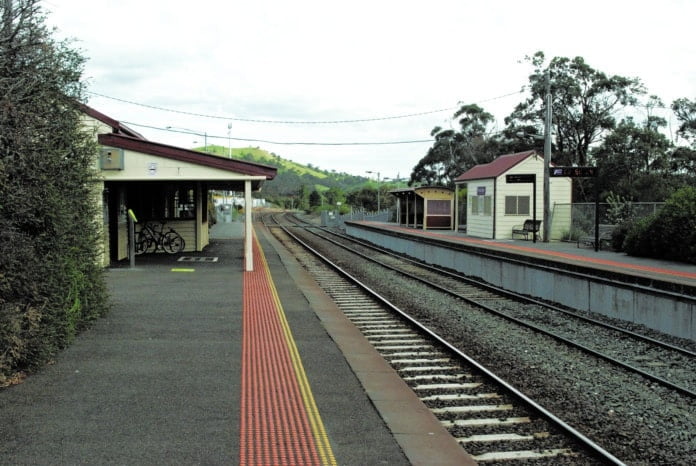 THE Premier and his transport minister will be left with no doubt the local community is not happy with the current transport services – in town bus services and V/Line.

The Seymour Train Action Group (STAG) was active at the Wallan market at the weekend collecting signatures on a petition to government demanding action on the service that is presently at an all-time low.

By the time the market had closes, volunteers had collected over 600 signatures from concerned residents and commuters.

STAG has also written a letter to the Minister for Transport, Jacinta Allen, highlighting the issues and questions that were raised at a public meeting with Ms Allen in April 2017 and asking why many of the undertakings made by the minister are still waiting to be actioned.

Since the forum the Labor government has delivered bus services to Wallan over three routes. However, the letter highlights gaps in the daily services also with when many community members see as an inadequate Saturday service.

“Users of the train service between Seymour and Southern Cross have not seen any results in relation to the pricing inconsistencies north of Wandong,” the letter states.

STAG also point out that the services have actually deteriorated since the transport forum, highlighting that none of the 85 new trains ordered in 2016-17, none have been allocated to the Seymour line.

“In contrast 50 trains have been added to the Geelong line and with it many new services during the week,” the STAG submission points out.

”The rail line between Seymour and Southern Cross can accommodate VLocity trains, but it is the government that has chosen not to share the new trains and it appears to residents that only Bendigo, Ballarat and Geelong lines are important to the government.”

The Bendigo line terminates in the heart of Minister Allen’s own electorate.

STAG has also questioned the promises of upgrades to Wallan and Donnybrook stations in the 2018 budget, pointing out that apart from signage to the fact placed around the stations no works are evident.

The group has asked for assurance that if the Labor Government is re-elected in November, it will deliver 12 new train sets for the Seymour line to replace the ageing diesel trains.

STAG has also asked for a fairer pricing system for commuters who board from Kilmore East to Seymour.

Presently a daily peak between Southern Cross and Wandong is $8.60, increasing to $23.20 for the 9km journey to Kilmore East, peaking at $34.80 at Seymour.

We alerted them that between September 1 and October 3, V/Line had issued over 70 alerts regarding cancelled or delayed services on the Seymour line alone. We also asked the candidates what is most important to them. An immediate fix of the current issues or projects to be delivered over the next 15 to 30 years? Read their responses on page 15.

Silence of the ramps