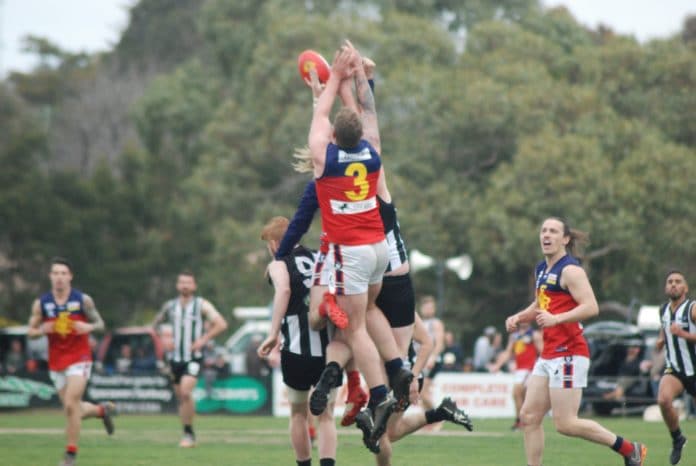 THE Wallan Magpies reserves were the last shot at premiership glory for a club that’s been near the top of the league in just about every grade of the RDFNL this season.

Unfortunately, they were unable to bring silverware home to Greenhill Reserve, going down to Diggers Rest by 31 points in their grand final on Sunday.

It was a tight contest throughout, with just three goals kicked between the two sides in the first half.

Diggers drew first blood with a goal inside the first minute. It would take the Magpies 12 minutes to respond, with a goal from Matthew Traynor to bring Wallan to within two points at quarter time.

The Burras would kick the only goal of the second term at the 16 minute mark, while keeping Wallan scoreless to take an 11-point lead into the long break.

Facing an 18-point deficit, the Magpies weren’t out of the game just yet, but goals to Diggers Rest at the three and 13 minute marks sealed the premiership for the Burras.

Wallan coach Matt Bell said his team was simply outplayed on the day.

“To be honest, we were pretty ordinary all day. We were outplayed by a better, more disciplined side and we didn’t bring our best on the day,” he said.

“The only positive was our back six. they worked well all day as they have all year. Without them, the scoreboard could’ve looked a lot worse than it did.

“We needed 22 players but there were only five or six who could’ve walked off the ground and say they gave it their all.

“The whole season is still a positive. To make a grand final is a big achievement, that’s two years in a row now. Hopefully next year we can go again, we’ve got the under 19s coming up and hopefully we can make that next step.”