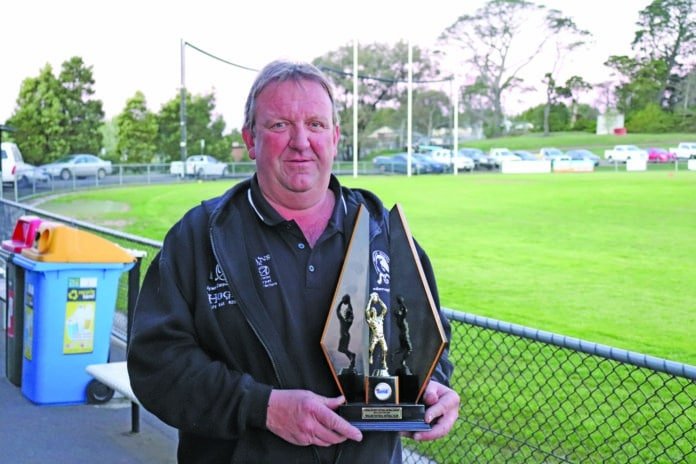 WALLAN Football Netball Club have capped off a successful season by being named the Riddell District Football Netball League’s Club of the Year at the league’s Bowen and Ryan Medal night in Taylors Lakes recently.

President Steven Shephard said the award is a huge achievement and recognises everyone involved with the club.

“Not only for myself but for the committee, the players, everyone, it’s just a massive achievement,” he said.

Mr Shephard told the North Central Review the club turned its culture around about three years ago with the appointment of senior coach Daniel Nolan.

“It was more of a boys’ club before. Guys didn’t have to train. They didn’t train and they would get a game in the seniors, all that sort of stuff,” he said.

“The players started buying into the culture, we changed it to saying you have to train, if you don’t train, you don’t play; being honest with yourself, if you’re injured, put your hand up.

“Then generally, as we started performing on the training track, all our supporters started following and it just changed the whole dynamic of the club.

“It’s been incredible. I’ve been around the club for 20 years and it’s a totally different club now.”

It’s paid off in spades for Wallan, with the reserves and Under 19s football sides competing in grand finals at the weekend and the seniors and A Grade netball narrowly missing out.

Mr Shephard was blown away when the club was given the award despite multiple people telling him the club was a shoo-in for the honour.

“The boys are all buzzing, everyone’s buzzing with it. We’ve come from the league never recognising us a great deal but over the last three years we’ve changed that,” he said.

“We’ve become a good club in the league and we’re a club to look out for because we’re moving forward.”

Mr Shephard also credited the hard-working committee for the award, including treasurer Jenni Wood, secretary Helen Mahoney and vice presidents Neal Langborne and Nadine Christall, and likened the award to a premiership for the committee.

“I work because I love the club and everyone on the committee does the same but that’s a premiership for the committee and a big pat on the back for everyone,” he added.

Eagles close in on top spot