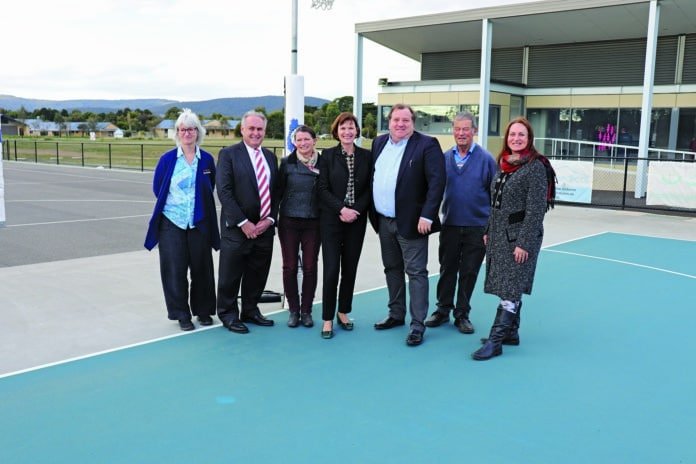 FEDERAL Shadow Minister for Sport Don Farrell met with local MPs and council on Tuesday to discuss the possibility of future funding for the Macedon Ranges Regional Sports Precinct.

While the project has already received an election commitment from the state government to fund the first stage of the project, council briefed Mr Farrell and Mr Mitchell on its bid for federal government funding for the precinct.

Mr Farrell said the state government has been one of the most progressive in trying to build new sports facilities.

“We need to acknowledge that work has been done and try to come in and support it,” he said.

“I’m going to take the proposal back to my colleagues and see if we can get support from the opposition so when we come into government, we can support this project.

“These are all really good projects, we obviously have to make some hard calls about what we invest in but we’ve been impressed by both the project itself and the facts that it’s had such terrific support from the state government.”

Earlier this month, the state government promised that if re-elected, it would commit $5.6 million towards the first stage of the Macedon Ranges Regional Sports Precinct.

In 2017, the federal government funded a Regional Sports Hub Feasibility Study, forming the indoor component of the precinct, but rejected the Macedon Ranges Shire Council’s application for funding in a recent round of the federal Building Better Regions Fund.

Mr Mitchell said it was discouraging to see the precinct miss out of this round of funding, but he and Member for Bendigo Lisa Chesters are working together to advocate for the project which will benefit both electorates.

“It’s incredibly disappointing that this project, so supported by the community and all levels of government, was completely ignored during the recent funding announcements via the Building Better Regions Fund – yet again, our community is disregarded,” he said.

“If we start future-proofing our communities and give them the opportunity to have these facilities, we’re going to see more participation in sport, more kids being active, more families being out together, and that’s always a positive.”

Hopes of exploring for gold across Mitchell Shire