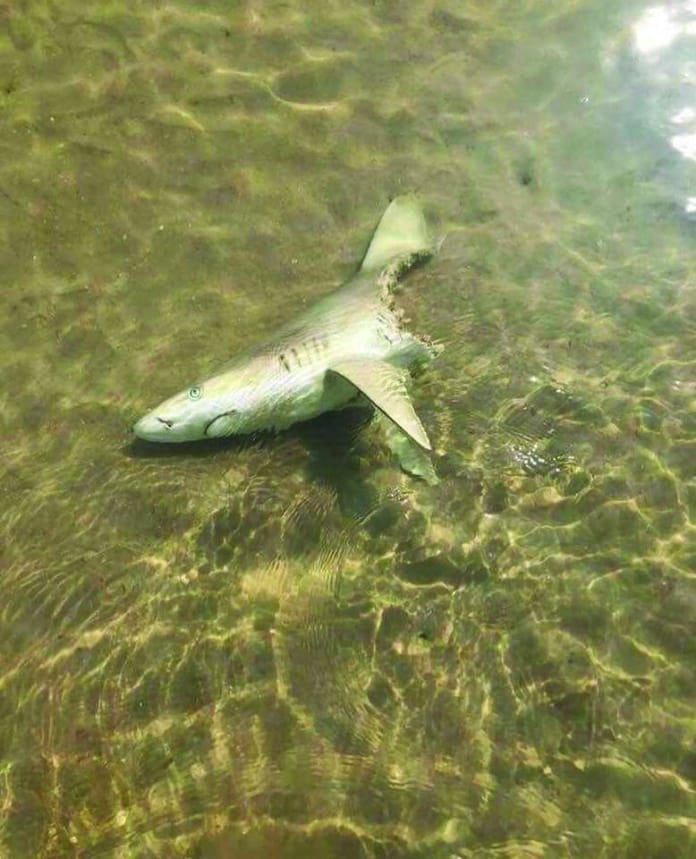 WITH the advent of the internet, urban myths are quickly debunked and corrected almost instantly but despite this, the ‘Mernda Back Beach’ has gained considerable traction on social media.

After taking a ‘stroll’ along the now-famous back beach, David Czerny allegedly noticed a shark had been attacked (pictured) by something bigger, next to the fictitious lifesaving club – according to a widely shared post on Mernda Residents Notice Board.

This post prompted a feeding frenzy of comments from the local region with a host of people questioning the legitimacy of the post.

Resident Steve Booth even suggested the back beach had always been there.

“You need to be able to see into an alternative dimension to get there. It’s right next to ‘Woolies’,” he wrote.

While tongue-in-cheek, the back beach was seen again a few days later and it was Donna Chaase who took her family went to the beach.

“Sand-sliding at back beach today; the kids loved it. Great to be outdoors during the school holidays,” she wrote.

While the idea of a Mernda Back Beach may seem strange to some, Mr Czerny revealed to the North Central Review his motivations harked back to now forgotten past time in Mernda.

“The idea of Mernda Back Beach goes back years. When I was a 14-year-old kid playing cricket for Mernda, a bloke named ‘Megs’ would drive all over the northern suburbs picking us kids up just to make a side,” he said.

“There was an old quarry behind the mushroom farm and it had been filed up with water and you could swim in it.

“[I posted because] I sort of got sick of all the whinging going on in that group, and was absolutely rapt no one actually had a crack at anyone else on it… it just goes to show people still do have a sense of humour.”

While the Mernda Back Beach saga is over for now, no one is sure when it might reappear with a new scandal.

Child safety near schools a priority