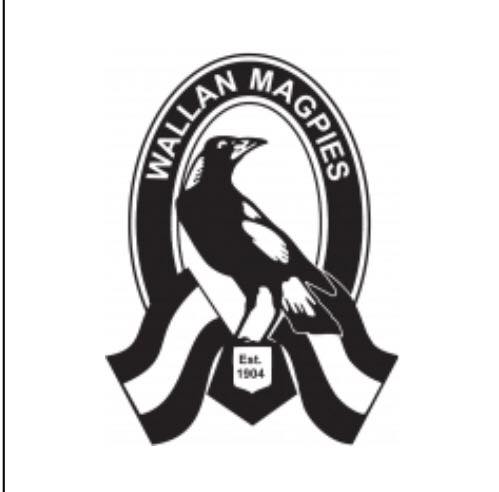 WALLAN Magpies Football has fallen to third place on the ladder following their second loss of the year.

At Greenhill Reserve, the Macedon Cats, who are the reigning champions, came with clear intent to win and to stop the Magpies’ run to the top.

And they did by two points.

Both sides came out of the gates hot, but it was the home side who found form early with three goals, one behind in the first term.

With a 12-pont lead at the first quarter break, half-time saw the Cats ahead by 10 points as the Magpies didn’t kick a single score in the second quarter.

Out of the break, the Magpies bagged two majors and seven behinds, allowing the Cats to stay in the match.

The inaccurate kicking was compounded when they let the Cats kick a goal, two behinds in tough conditions, opening the door for a thrilling final term.

The Cats would go on to win the match with two goals, three behinds, to the Magpies’ two goals straight.

The two-point win meant the champions will soar to the top of the ladder, while Wallan crash down to their lowest point so far.

Magpies assistant coach Spencer Mathieson said it was a hard game of footy.

“It was a very windy difficult day. We played our better footy into the breeze but could not make the most of it when we had the breeze. In a very tight game Macedon got up by two points,” he said.

“Some of the better players Ricky Schraven, Andrew Saladino, Jake Layley [played well] on ball. Michael Mannix, Shaun Stewart, played well down back, and Nathan Fowler had a great game forward in the conditions, and marked everything.

“The challenges don’t get any easier; we have Sunbury Kangaroos away, who play well at home.”