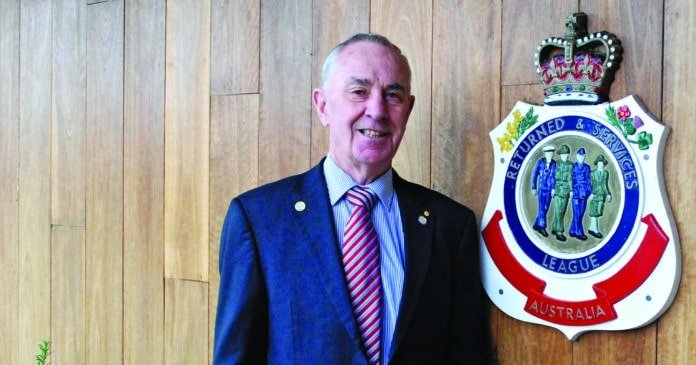 Proving that there is life after council, the Broadford resident was voted into the senior position at the state conference last week that attracted some 300 delegates.

Mr Callaghan has long been a tireless worker for the RSL movement and was a driving force to rebuild the Broadford RSL building after fire ripped through the weatherboard hall full of irreplaceable memorabilia in January 2008.
He was Broadford sub branch president on two occasions, secretary for 16 years and has served on all sub branch committees.

He was awarded life membership of the Broadford sub branch in 2000. He served in Vietnam with the 104 signal squadron in 1969-70.

Mr Callaghan’s services to the RSL and the community were recognised when he was awarded the Order of Australia Medal in 2014.

He has also served as a director of Nexus Primary Health for 37 years.

“I feel honoured that the membership has displayed confidence in my by electing me into this important position. I look forward to not only continuing to serve the RSL state membership but the local community through my work at Nexus,” Mr Callaghan said.