Home News Community On the beat 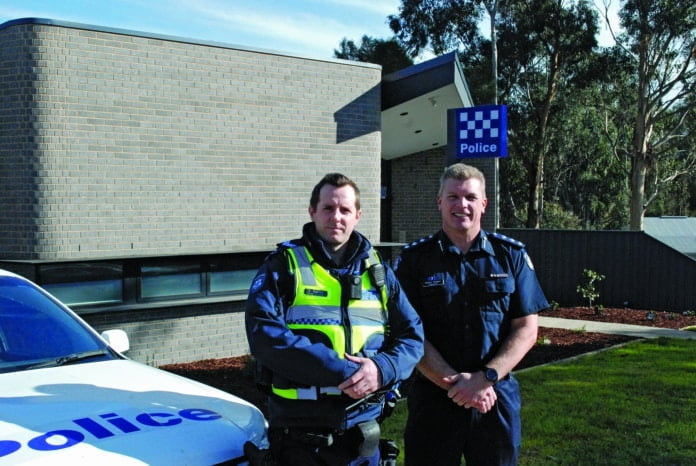 A SON of Pyalong has returned home to take up the post as the town’s police officer. Senior Constable Daniel Sowden’s appointment sees the Pyalong Police Station is once again open for business.

“Daniel’s work ethic has been formally recognised and commended by the community and managers at Mill Park and Eltham Police Stations, as well as his unit commander at the State highway Patrol which was his last post,” Inspector Koger added.

Senior Constable Sowden said the he was ‘very keen and eager’ to get involved with the community to provide a high quality service.

“Growing up in the town was an amazing experience and I see my appointment he as a way of me giving back to the community,” Senior Constable Sowden said.

Senior Constable Sowden, lived in Pyalong for 12 years, attending Pyalong Primary School. He was school captain in his final year. He is a second generation police officer following in the footsteps of his father who was a policeman for 34 years.

He then moved to Kilmore to attend Assumption College. He played both football and cricket for ACK, captaining the First XI for one season.

He also played cricket for Kilmore and was also a member of the SES is Kilmore and Broadford.

Based in Pyalong, Senior Constable Sowden’s area covers Tooborac, Mia Mia Mona Vale and Glenaroua and all areas in between.