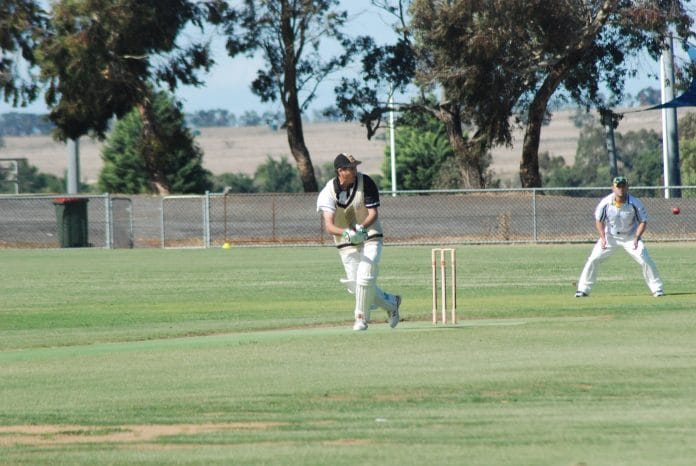 ONE YEAR after a heartbreaking grand final defeat at the hands of Lancefield Cricket Club, the Wallan District Cricket Club B Grade side has picked themselves up off the canvas to beat St Anthony’s Cricket Club by 128 runs.

The side’s emotional turn around Gisborne and District Cricket victory was made all the sweeter by the fact captain Robbie Fowler showed trust in his bowlers to turn the match – something they did in emphatic fashion.

The St Anthony’s batsmen needed 200 runs to win and sat nicely on 0/50 just after tea, before Scott Gilchrist broke through with his first wicket before Brenton Hanson followed suit with one of his own an over later.

Fowler’s dynamic duo suddenly had them all out for 71 runs taking five wickets each, a testament to the side according to the captain.

“This feeling is amazing, St Anthony’s were absolutely worthy opponents… they were 0/50 and then all of a sudden the flood gates opened,” he said.

“They bowled amazing, the ball swung and we got all the wickets very quickly. They could only manage 21 runs after the fall of their first batsman.

“I have never seen anything like it let alone be part of it.”

After winning the toss and batting first at Greenhill Reserve on Sunday following a Saturday washout, Fowler’s men hit 199 runs before being bowled out after 55 overs.

Newly appointed 2018/19 coach Kieran Atkins hit 50 runs before being bowled to once again lead Wallan on the scoreboard, while opener Brad Regan was caught on 34.

Fowler also said it had been an incredible year for the club as a whole.

Fowler, Gilchrist and Russell Whittingham all had sons in the under 13s and under 15s premierships revealing a bright future for the club.

“The club is in really good shape and having Kieran to take over next year; it has been a great transition,” Fowler said.

“We will now go to the McIntyre Cup and we have the right mix to be competing, this is a great feeling.”

Track unlikely to be ready for Kilmore Cup