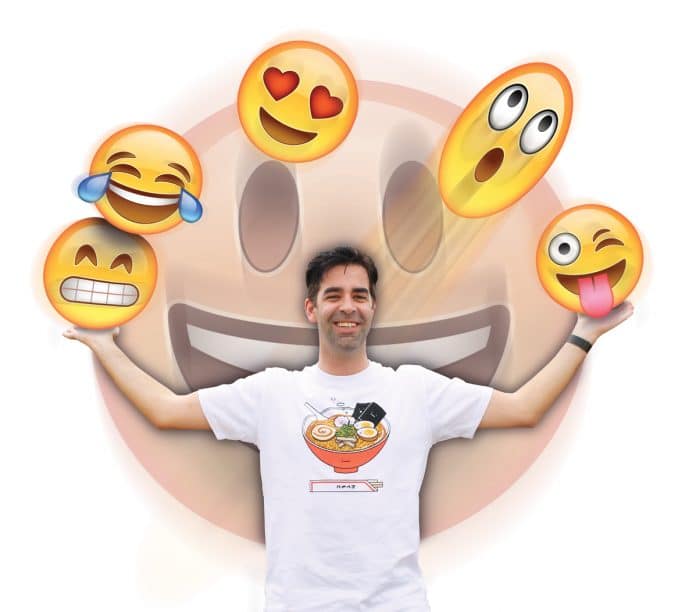 IN 2013, Kilmore’s Jeremy Burge noticed a bunch of new emojis were about to be released and he wanted to know more about them, but the information wasn’t written down and released to the public.

So on his way home after a night out with friends, the former Assumption College student decided to check if Emojipedia had been registered as a website.

When he found it had not been registered, he decided to create his own e-dictionary.

Fast forward to 2018 and the website has now attracted 23 million views with up to six million users every week – Mr Burge has helped place the icons we all use into a communications revolution.

The 33-year-old said he never thought his simple idea would employ him full-time from his base in London.

“Sometimes I lose track of how many people are reading my writing, I feel I am writing it into the ether sometimes but, no, millions are reading it,” he said.

“I had been toying with emojis on my phone for about six months, this was before they were installed on phones, so I downloaded the app and one day apple released some new ones.

“I wanted to know what they meant but I couldn’t find out the information… so I started writing them onto a website and a few months later it went viral.”

After about a year of writing serious descriptions of the playful icons, Mr Burge’s site was shared to a small website – which he cannot identify – which led to major organisations sharing the Emojipedia etching its place in popular culture folklore.

Now, companies like Google and Apple release emoji information at the top of their update announcements and in 2017 an emoji movie was released.

In just five years, Emojis have become common place to the extent where five billion of them are sent on Facebook Messenger every day.

Call to continue working from home beyond COVID-19