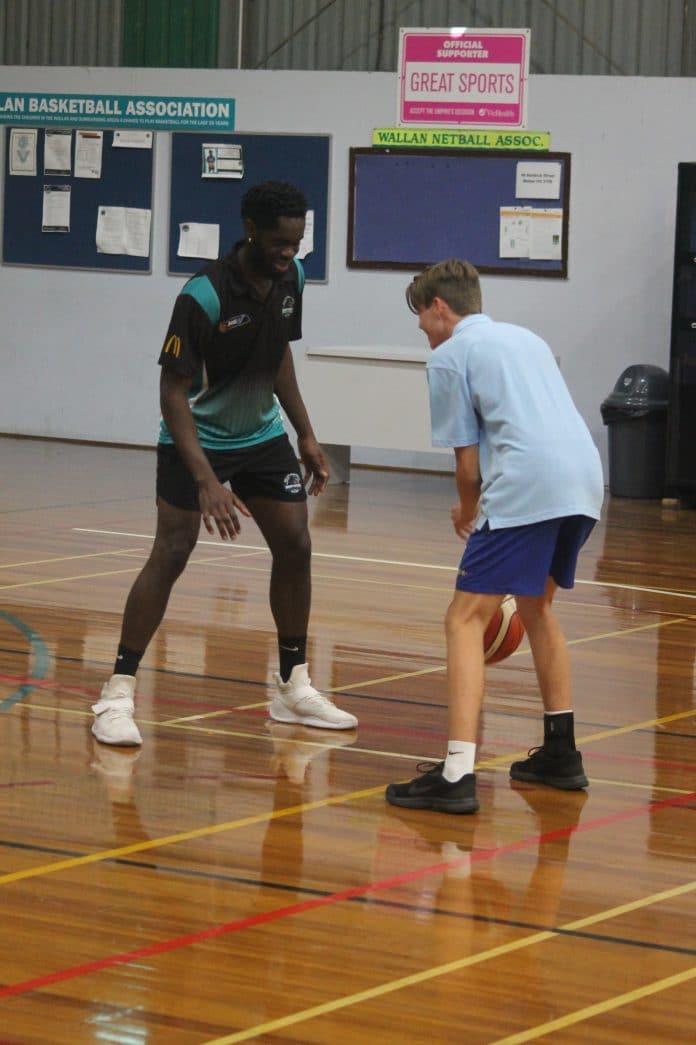 CANADIAN basketballer Kojo Afari has joined the Wallan Panthers, describing them as ‘the luckiest team’ because of how excited he is to play ball.

The former Canadian Basketball League star – who tried out for a spot on a Toronto Raptors development roster in late 2017 – moved here with his wife Danae to help the Panthers rise in Big V.

Not only will he play for his new hometown, the 24-year-old will train anyone and everyone in a bid to turn Wallan into a Victorian basketball hub.

Mr Afari told North Central Review he was extremely impressed with the love for the game down under.

“The willingness to learn and the skill level is better than I realised coming in,” he said.

“It is a fun environment and I get chills being here on Saturdays at training, the energy is great.”

The husband and wife moved from Canada to join the club and have not looked back since.

When debating which team he would play for, Mr Afari said to Mrs Afari how much it would mean to him.

“I was talking to Danae when I was looking for a new team and I said to her whichever team I end up with will be the luckiest team because I just want to play and give everything,” he said.

“The talent here is good and I just want to fit in, improve and enjoy it… I pinch myself sometimes to be here in Australia and not have to shovel snow.”

Mrs Afari said she was proud of her husband and grateful to the community for all their help.

“It has been a really good experience, it is the best scenario coming here,” she said.

“When you move internationally, you don’t know what to expect. There is a lot you have to give up and see how it plays out.

“Overall, everyone is so welcoming and friendly… it has been a big encouragement for us to come so far and for everyone to be so nice and accommodating… they really believe in Kojo and the growth in him is amazing.”

While Mr Afari will star during the Big V season, Mrs Afari said she wouldn’t play for the Wallan Panthers’ Women’s side – but left the door slightly open for a domestic side.
“[I will play] only for fun, nothing competitive,” she said laughing.

Mr Afari began playing basketball when he was 15 years old, relatively late, but has picked up the game quickly.

Season over for Riddell and Northern football and netball leagues

Panthers lose on the road