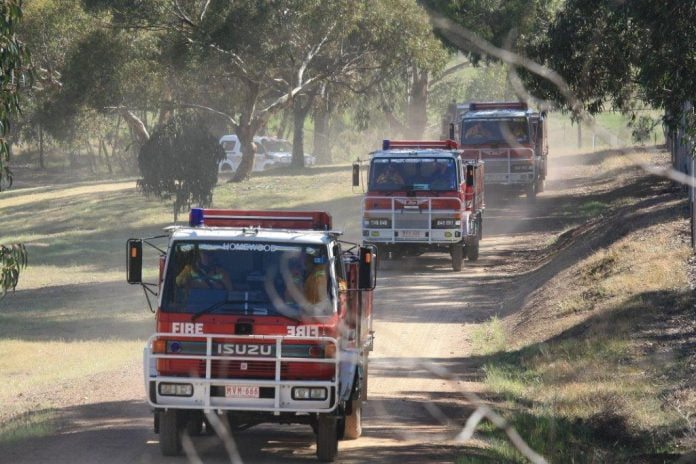 A 49-year-old Wallan man will front court after allegedly lighting a fire on Wednesday, January 10, prompting the Country Fire Authority (CFA) and Victoria Police to urge residents to know the rules.

The man will front the Broadmeadows Court charged with after allegedly burning off during a prohibited period during the fire danger period.

People in a residential area, Urban Growth Area less than 0.4 hectare (1 acre) or semi-rural area, can only burn off between 10am and 3pm on Wednesday and Sundays, otherwise a permit is needed.

“CFA workers are volunteers and they get called out, so if it is avoidable then it is disappointing to see this happen,” he said.

“It is very upsetting to see people lighting these fires. It is summer and if you don’t know the restrictions, well, it is a bit late.

“If we get called to a fire, you will be charged.”

CFA District 12 operations officer Brian Wright said he wanted to remind residents of the dangers of fire in the region.

“I just want to remind people to check their barbecues and to check our brochure before they do any work like mowing or slashing,” he said.

“People need to have a look and see what is happening or look at the VicEmergency app.

“The weather lately has helped. We have had a couple of weather events and kept the place greener. But it does not mean it won’t dry out so people need to be safe and not become complacent.”

The Macedon Ranges Shire Council are also warning residents to be careful, with a number of recent burn offs reported.

Macedon Ranges Local Area Commander Police Inspector Chris Large said there were hefty penalties for those found burning off without a permit.

“The lighting of fires during the declared Fire Danger Period creates a real risk to the health and safety of our community, and for that reason, police will actively prosecute persons found breaking the law,” he said.

Due to the risk posed by burning off during the Fire Danger Period, council has a policy of not issuing permits during the declared period except under exceptional circumstances.