ANOTHER WEEK has led to another win and another new season-high point scoring performance from a player for the Wallan Lady Panthers.

The Country Basketball League North West Women conference saw the Panthers take a 26-point win over the Echuca Pirates at the Echuca Basketball Stadium on Sunday.

The merry-go-round of leading bucket scorer continued as Nicola Stewart put up 21 points in a season best effort.

Last week’s top scorer, Carley Cranston, produced 13 for her side while Erin Mifsud was hard to handle for 13.

The spread of scoring has been one of the Wallan Panthers’ strongest assets in the women’s program, with the side able to adapt to defensive structures and put up large points. 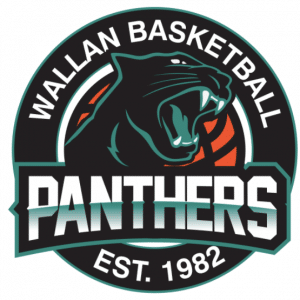 It was tough going in the first quarter as the last-placed Pirates started strong, quickly racing out to an 8-5 lead thanks to Jamie Dingwall.

The home side took their foot off the pedal which allowed the Panthers to claw their way back into the match, but the Pirates scrapped their way out to another lead, 11-6, with just five minutes to go in the first.

A flurry of points from Cranston helped her side storm back into the game to take an 18-17 lead at the first change.

The sides began trading buckets right out of quarter time, with the lead just one for the Panthers with five minutes until halftime.

The strong start by the Pirates, who were 0-9 in the season, gave them some confidence and they were able to drive to the basket, challenging the Panthers at every turn.

But when Stewart switched on for Wallan, she left the Pirates in the dust.

Eight points in just three minutes allowed the away side to breathe easy with two and a half minutes until the break. But Stewart didn’t stop.

Six points in the final stages of the half saw her side go ahead 39-26.

The Pirates couldn’t maintain their enthusiasm from the first two quarters and went on to lose the match 79-53.

Wallan is now on the verge of a top three berth with a 6-5 record.

Wallan will head to Seymour on January 27 to face the Blasters in their next match.

Golf legends tee off at Mandalay

Mernda fall in first round