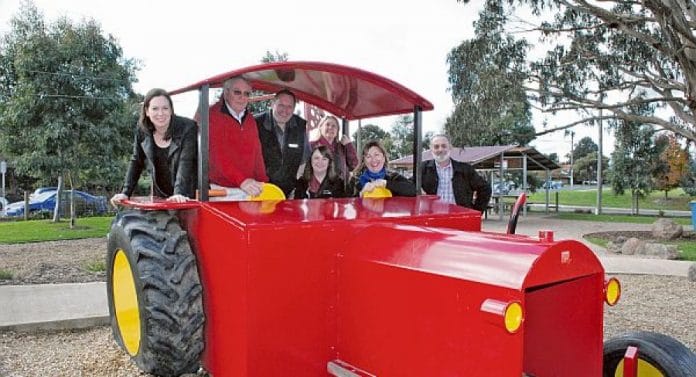 WALLAN received a $5 million boost to develop better roads and enhance the town centre for small businesses and residents, creating over 60 jobs.

The upgrades will improve access to the developing residential areas east of Wallan as well as Wallan train station, while also providing a vital alternative Hume Highway access point.

Northern Highway duplication would significantly reduce traffic congestion, improve travel times and make it safer for drivers to access Wallan during peak periods. PLUS THE Community Bank Adventure Playground in Wallan is the toast of the state after taking out a major award, and will now vie for a national title later this year. The playground won the prestigious Major Playspace Award at the Parks and Leisure Australia (Victoria/Tasmania) 2017 Regional Awards of Excellence last week. The award celebrates play spaces in Victoria and Tasmania over $500,000 that create a sense of ‘place’ in the community, and exhibit innovative designs that aid childhood development.